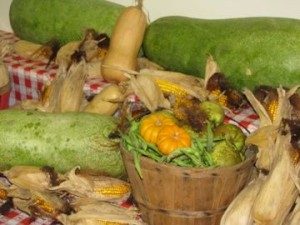 Jones County is located in southeastern North Carolina, eight miles from the Atlantic Ocean and 85 miles east of Raleigh.  The Trent River meanders through the county and the southern boundary is formed by the White Oak River.  The pocosin areas of the county are fertile and they provide excellent forest lands and excellent environments for a rich variety of wildlife.   Jones County contains a portion of the largest forest laboratory in the nation, Hoffman Forest.  Another large part of the county makes up a part of the Croatan National Forest.

Jones County built an agricultural economy centered around the “Southern Plantation,” some containing more than 50,000 acres. Social and cultural life centered around the plantations and the limited development of the towns within the County.  The Trent River was the most important transportation system for the movement of produce and supplies.  The Civil War caused many changes in the County.  Jones County was a continuous war zone for Southern troops stationed in Kinston and Northern troops stationed in New Bern.

In 1886 Jonathan Haven, in a promotion booklet, described Jones County as a land inhabited by kind, hospitable, and intelligent people. Land was cheap and fruitful.  “Tickle it with a plow” he said, “and it will laugh with a harvest.” Jones County, typical of many rural counties in North Carolina, is relatively poor.  The county is still basically an agricultural county deriving most of its income from farming and timber activities. Farm commodities consist of tobacco, cotton, soybeans, swine, turkeys, chickens, cattle, goats, beef and milk cows.  Other crops include wheat, corn, barley, oats, peanuts, sweet potatoes, Irish potatoes, strawberries and sorghum.  The County is still largely dependent on tobacco.

In 2006 the Jones County Communication and Coordinating Council, which was a group supported by the Jones County Commissioners, decided to concentrate on developing a signature festival that would celebrate Jones County’s rich rural heritage. The aim was to create an event that would give Jones County citizens a sense of pride in their heritage, provide economic development for local groups and organizations, and provide an opportunity to share all this with the newer generations. After several years of planning, the Jones County Heritage Festival became a reality in 2009. The first festival took place in July so that a crop of tobacco would be available. Although successful, the first festival led the organizational group to re-evaluate the date of the festival and how to get even more citizens involved. In 2010, the festival moved to September and attracted more than 4,500 attendees. The day was filled with sharing heritage skills such as looping tobacco, hand shelling corn, making butter, quilting, basket making, trapping, taxidermy and beekeeping. A vintage car/tractor show was added. In addition, over 34 vendors participated by selling everything from homemade ice cream to handmade jewelry and exhibitors had information from vintage home gadgets to operating a miniature horse and cart.

In 2011, Hurricane Irene visited eastern North Carolina and took a portion of the roof off of the Jones County Civic Center, which is the venue for the festival. The festival had to be cancelled but the support was tremendous. Many vendors asked that their 2011 vendor fee be applied to hurricane relief efforts.

In 2012 the Jones County Heritage Festival came back better than ever. The Festival joined efforts with “Down East Today” on TACC 9 in Kinston with hosts Martha Bishop, John Moore and Rick Vernon to publicize the festival and add a new component,   “Down Home Country’” variety show featuring Rick Vernon.

2013 marked the fourth year for the festival.  Despite damp conditions, the festival was a success.  The features this year were Beer Army, which is a local brewery that brews two beers to benefit local causes.  “Fire in the Hole” benefits local fire departments and “Battle of Brock Mill” benefits the historic Brock’s Mill.

2014 was a banner year!  There were over 65 vendors/exhibitors.  New features included “Down East Woodturners” and “Wilmington Woodturners”.  These clubs demonstrated their craft and exhibited items they construct including a miniature working mill.  Boon Hill Gallery demonstrated chain saw art.  Corey Lancaster carved a bear and several other items on site.  The Jones County Senior Center demonstrated the art of making corn husk dolls.  The Tarheel Civilians were on hand to spin wool into yarn and show how the home front operated in civil war times.  The highlight of the festival was the helicopter rides which took folks on an aerial tour of Trenton and the surrounding area.

In 2015 was another great year for the festival!  Brock’s Mill was a focal point with a portable mill actually grinding corn on the site.   A special homesteading exhibit showed folks how raising goats can result in a variety of products such as milk, cheese and various other home made items.  John Moore, once again, was the star of the parade and was great at interviewing our heritage interviewees.  Smokey the Bear, the 13 foot blow up version, even visited the festival.  There was a wide variety of heritage skills and craft vendors as well as informational booths telling citizens about services and resources available in the area.  The Mobile Vet Unit was on hand to inform Veterans of their benefits.

2016 was our most exciting year of all!  After 37 years, Brock’s Mill was actually able to grind corn.  You can pick up your commemorative bag and meal at the mill!  Boon Hill Gallery was on hand for chainsaw sculpting.  Helicopter rides were available.  It was a great day of food, fun and fellowship!  We had a concert starring Mark Chestnutt and Bryan Mayer!

In 2017 we were finally be able to add a local re-enactment group.  Company D 5th NC under the direction of Captain J. Hart, 1st Sgt Z. Huddleston and 2nd Sgt L. Whitford had an encampment across from Brock’s Mill.  They had infantry drills, showed how families operated on a daily basis with cooking and craft demos and recruited new members for their troop.  Again, we had helicopter rides as well as lots of food, fun and fellowship for the whole family.

Unfortunately, in  2018 the Heritage Festival had to be canceled because of Hurricane Florence.